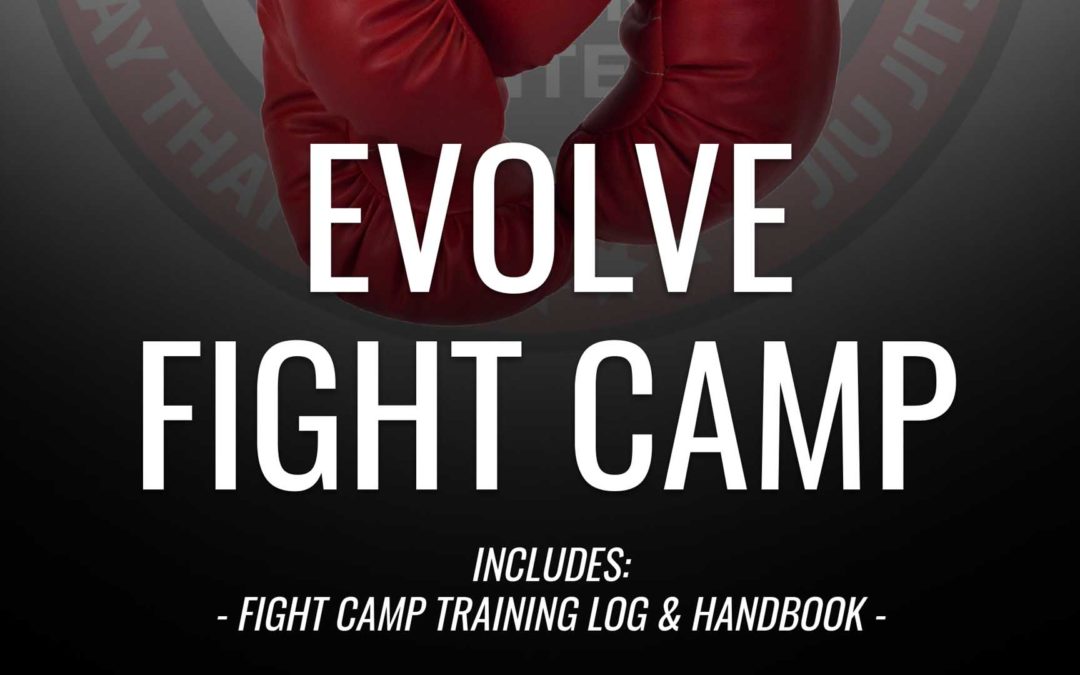 We were just about to start our bag rounds in our boxing class one Saturday morning when Coach Mark said a semi-alarming thing. “I don’t want to tax you on pushups because some of you will be taking a pushup test right after this.” Bewildered, I asked, “what pushup test?” That’s when he said the truly alarming thing, we were all in Fight Camp (at least, anyone who wanted to be) and it was orientation weekend.

Had I been on social media or checking email, I would have known that. Still, I asked him what on earth he was talking about. Fight Camp’s exclusively for fighters, no? And I am a fighter of all sorts, but “competitive Muay Thai” simply isn’t one of them.

The short answer though, is Fight Camp is for everyone. It’s a 3-month training program that’s been adapted from a 6-week intensive to help us achieve our fitness goals. He went on to explain that aside from the max pushup and explosive pushup tests, we’d also get our blood pressure and resting heart rate recorded. And, worst of all, we’d also be participating in roll call, i.e., climbing up on to the dreaded scale to have our weight called out to all and sundry. Wait … WHUT.

Naturally, I said, “Let me just stop you right there. Ladies of a certain age don’t divulge such information. My relationship with the scale is private”. Mark’s a pretty intuitive coach (and as I’ve stated before, skilled in the ways of Mind Fu), so if I didn’t feel like participating in Fight Camp just then, he wasn’t going to press the issue.

I admit: I’m lazy. As Mark says, after all these decades of training, I’ve mastered all the hacks of getting through workouts. But he also recognizes that I have some pride when it comes to fitness and staying healthy. Out of our old crew from back in the ‘90s, I’m one of the few still left standing, still training. So he allowed me to weigh-in long after everyone else had gone. The scale, proving its arch nemesis status, gleefully spit out a number that, though expected, was unpleasant nonetheless. Is it wrong to attribute malice to an inanimate object? Setting aside insecurities, it’s a number that could stand to decrease, even though we both acknowledge that at our age, it’s less about the number on the scale and more about our performance and health indicators such as muscle strength and endurance, blood pressure and heart rate.

An integral part of Fight Camp is roadwork. There’s a whole program for it, but if you can’t follow it to the letter, simply jogging 12-15 minutes a day 6 days a week will do. It doesn’t matter how fast or far, just get your reps in. My issue is that I am the worst runner I’ve ever met. Just abysmal. My idea of training for a half marathon was to jog 3 miles a day two or three times a week and call myself ready. I’d be in excruciating pain by mile 8 of the race but I’d always finish somehow. But it’s really difficult to talk yourself out of running just 12-15 minutes a day. If he had said, “Give me 30 minutes”, I’d come up with a host of other things I’d need to get done instead: cleaning the litter box, scrubbing the toilet, poking my eyes out with bbq skewers. But 12-15 minutes is bite-size, manageable.

So when I got home from Evolve that Saturday afternoon, I pulled on my running shoes and got to work. It wasn’t as terrible as I had feared. Really, by the time the awfulness catches up to you, it’s over. It was much more difficult the next day (probably because my body realized I was trying to make this a regular thing and started to panic). But I got through it and then went at it again the next day, and the next, until a week of daily roadwork had gone by.

We’re about halfway through Camp now and, as I’m sure with most everyone else participating, I’ve suffered through the highs and lows of this program. The biggest high being my weight, which stubbornly and hilariously refuses to budge. The scale definitely has it in for me. So be it.

One of the asks of the program is to add one more workout to what we’re already doing. So I’ve intensified my weight-training regimen and added another day or two at Evolve. I’ve seen some decent gains from all that despite what that infernal scale says. However, I’ve also encountered some setbacks.

About a week after Camp began, I felt a persistent and nagging pain right beneath my right calf. This was around when Kevin Durant blew out his Achilles so I, naturally, fretted that I had KD’d myself. Not to worry. I hadn’t. My leg muscles were just mutinying after suddenly being forced to go from zero to daily running. Coach Vic subjected me to the worst type of torture by massaging the sore area, watering my eyes, forcing me to cry out to all the gods for reprieve and leaving me bruised, almost worse than any sparring session. I gave myself a break from roadwork, which coincided with a week-long vacation I had planned anyway. The rest was much needed and the soreness has abated. So now I limit actual running to a few times a week, supplementing with elliptical work. That’s another great aspect of this program. If you need to modify any of the elements, that’s perfectly acceptable. Just find a way to do that work and establish those good habits.

Well, that’s my reflection, how has Fight Camp has been for you so far? Let us know in the comments below!